The Castle of Yverdon-les-Bains, the first known ”carré savoyard” defence building, is a lowland military fortress financed by Peter Count of Savoy in 1259, and planned out by the architects John and James of Saint Georges, known as Master James. Located in the centre of today's city of Yverdon-les-Bains, the castle has undergone many transformations over the centuries. During the Bernese period (16th and 18th centuries), it served as the residence of the bailiffs, who adorned certain halls with wonderful paintings, still well conserved. A national asset since 1798, it welcomed in the beginning of the 19th century, the well known pedagogue Johann Heinrich Pestalozzi and his «  Institut pour jeunes gens et futurs enseignants », an educational institute for children and future teachers. Subsequently, the castle also housed primary and middle school classes until 1974.

Centrepiece of the Museum of Yverdon and its Region, that it houses since 1915 in order to retrace the city and it's territory over almost 8'000 years, it has been the home of a rich history, famous beyond (the Swiss) borders.

The castle is also currently the home of the Pestalozzi Research and Documentation Centre, the temporary exhibitions of the Swiss Museum of Fashion, as well as the Echandole Theatre, housed in some parts of the cellars.

The Museum of Yverdon and its Region

The Museum of Yverdon and its region offers several themed guided tours, which allows to bring the collections and the castle in to life, for example ;

In order to bring history to life in an original manner, we offer workshops for children throughout the year.

Collaborations with the city's and the region's different cultural actors, amongst them the association Les 18èmes d'Yverdon et Région, bring back the past inside the historical walls. Hence, in November 2019, on the occasion of the re-enactment of the 4th of September 1775 elections played in the historical town hall, a Bernese bailiff could be seen guiding visitors through the rooms of his castle.

A meeting and exchange place

The castle and the museum also serve as a setting for different cultural events, conferences or meetings. The exquisite aula magna or the more intimate Léon Michaud hall can be rented for the occasion.

The museum is open all year-round, from Tuesday to Sunday.

Open on public holidays, including Easter Monday and Whit Monday

Dogs are not allowed in the castle area.

The castle's cellars, courtyard and the Bernese halls are wheelchair accessible.

There are several cafés and restaurants on the Pestalozzi square, in front of the castle, as well as nearby.

The Museum is a 5 minute walk from the Yverdon-les-Bains train station.

There are parking spaces just outside the castle. 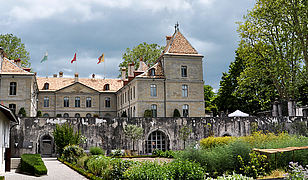 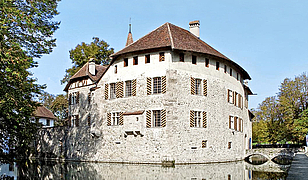 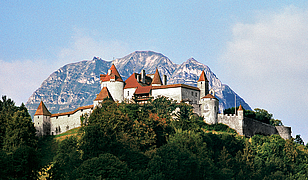 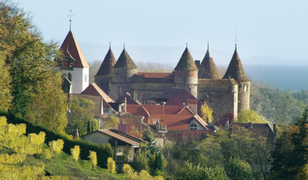